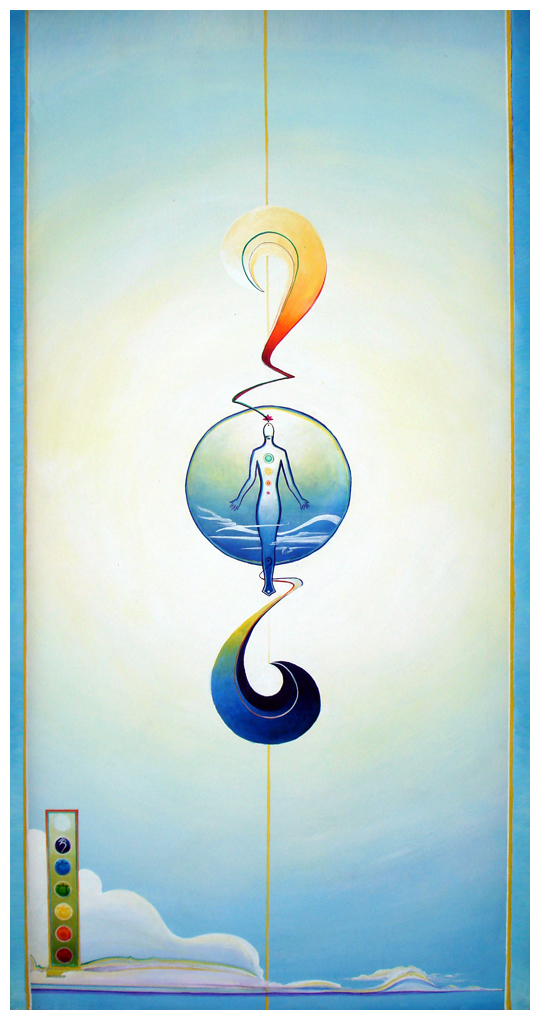 At 6:30 in the morning my eyes couldn’t be blasted open with dynamite. Closed, they play more movie dreams on my eyelid screens. At six forty, with the phone alarm going off again, they are defeated by the hand which reaches to shut it off so quickly all over again and fall back into slumberland… by seven I am up and so is Violet and I am off to paint… And so it goes that I arise and dreams fade with the sunrise but you knew that was how that poem was going to rhyme. And so it goes that plans are laid and the best made plans are easily swayed by the ebb and flow of a thousand and one different currents and the currents which divide are also sometimes those which bind. Several nights before, in the swirling mystery of my mind where I am of the winds and the sunny skies, I – the smiling face in the dawn and the kiss that bids you good night as the evening falls… I am the forever and ancient script written on the wall always saying the same thing over and over and over again. How many times are you going to reread me til you finally understand me, asks my ever questioning mind. I am eternal. I am Love. And love is everything. My body rising, opened up as it passed through the ceiling and I could see all the things of my dark corners trying to pull me back with worry or frustration or fear, all of them saying that I might never be enough with out them and if I were to rise and be my fullest then I better…. I better… I better not let it go… They clawed up til the very last veil was lifted up to the sky we rose, and the light illuminated everything and it was blinding and fearless, alive and endless. Voices came and went and spoke to me of grandeur and sweetness and three words lasted through it when I returned into consciousness. Love, said the light, the void, the spirits, Is Everything. I returned to my lying in bed and the hour was late but I had been and gone so I rose, leaving Violet sleeping in bed, and returned to my canvas, the painting, and the corners there, which seek illumination, mirroring the illumination of my own being.

Category: On Art, On Spirituality