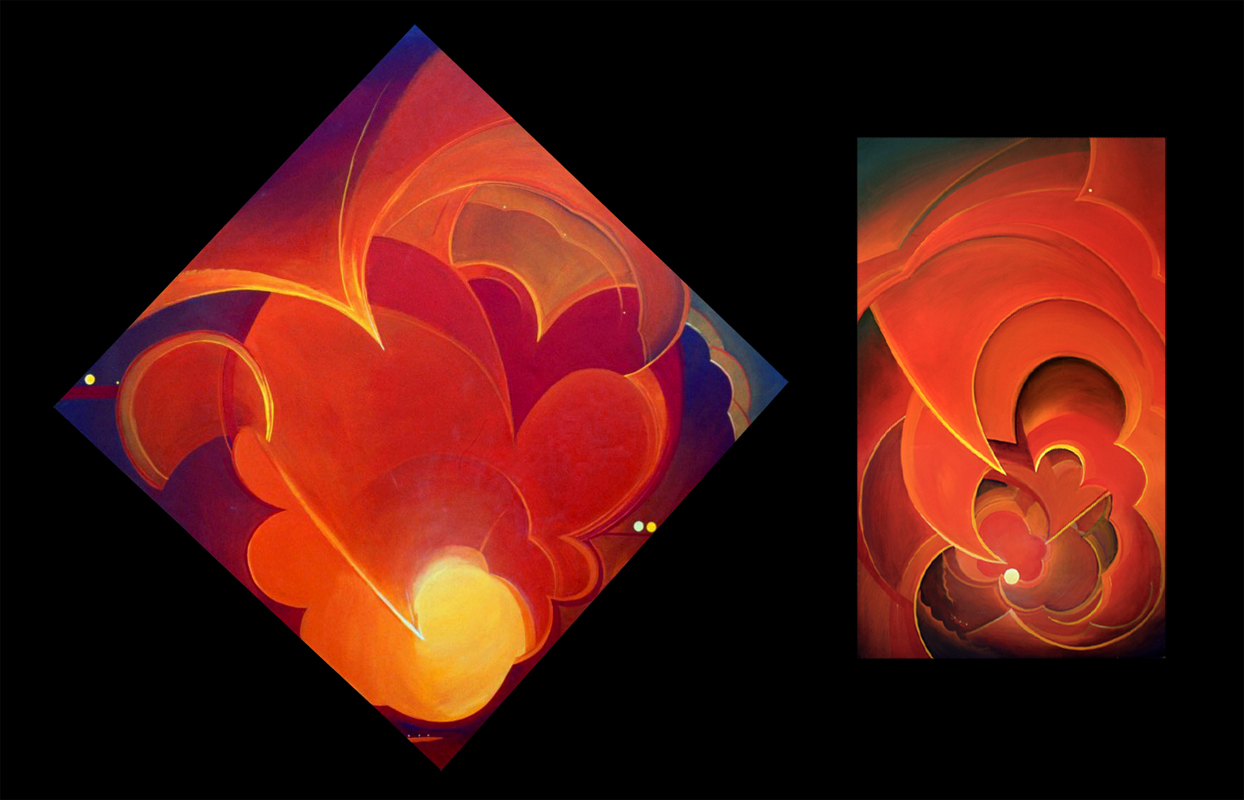 On September 11, 2001, I was living in Burlington, VT – painting, enjoying the coming autumn, etc. I didn’t have a TV (still don’t), never listened to the radio (still don’t) and the internet was still just a plodding dirt road through the hills – not the information super highway it was to become.

I woke up that morning with a desire to paint big red fiery paintings. I had a couple of large pieces of masonite – a 4′ x 4′ square and a 4′ x 2.5′ rectangle – and a few cans of red, yellow, orange, and purple latex paints. So around 8 am, with a cup of coffee, I went at it. The diamond/square painting I called ‘Phoenix.’ The other was ‘Unsquaring the Circle’ and felt like a great release of energy.

A few hours later, I went for a walk downtown. In bars and restaurants and everywhere it seemed everyone was glued to the TV. There was a strange lull in the air – a strange quiet tension. I poked my head in a pizzeria on a corner and heard the news. In one fell swoop, one great unsquaring of the the circle, a whole new demon was released. And a whole whole lot changed.

There was a lightness that died that day. A bubble that burst. Things got more serious. From economic crashes to endlessly costly wars to intrusions of privacy and the slashing of civil liberties to an endless stoking of the fires of fear. It’s a different world than the one I knew from the 90s.