Globalization, Capitalism, and the Magic Kingdom 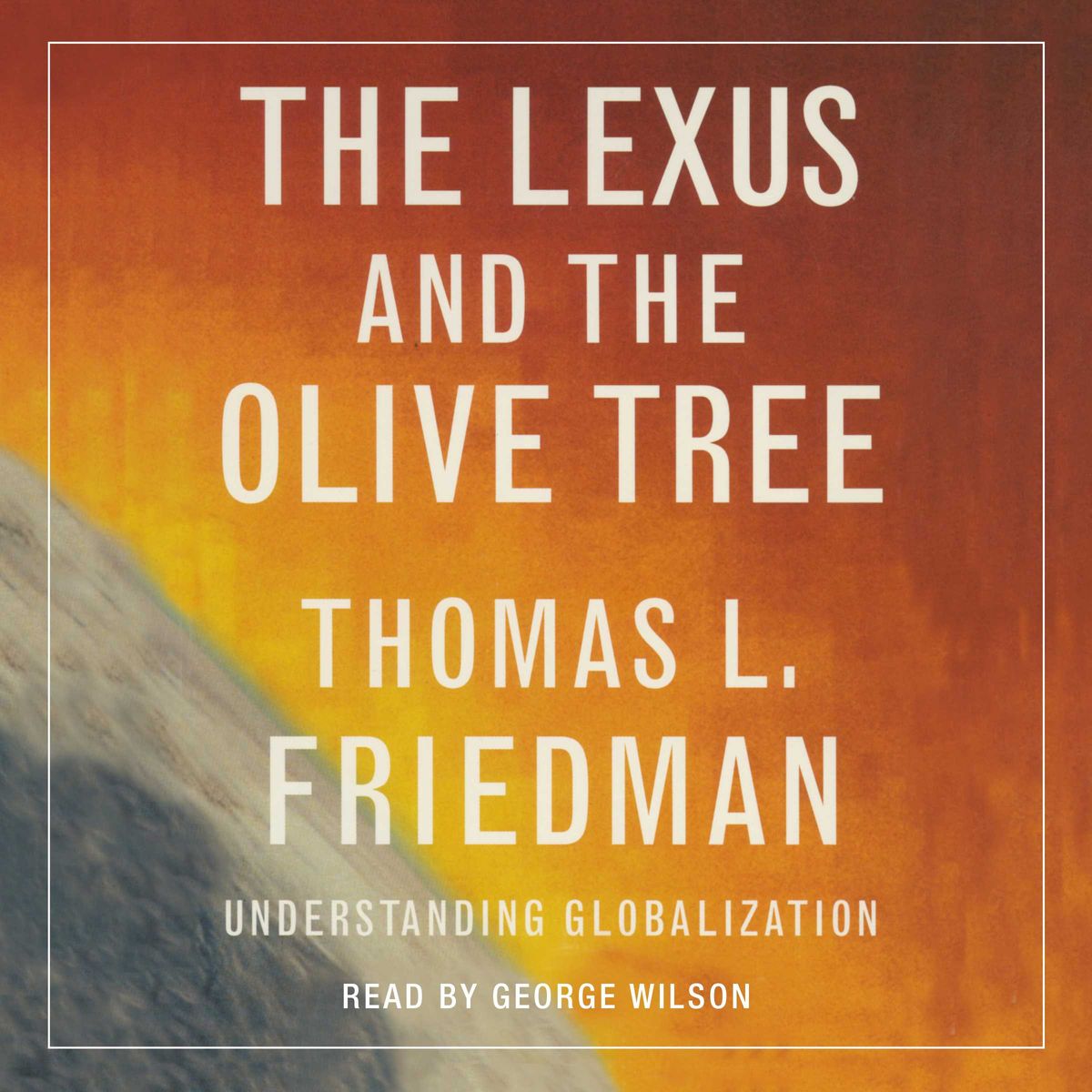 Globalization is a movement – a force – that is sort of rolling along and, at this point, cannot be stopped, whether or not protestors want to admit it or not. If you use the internet, look for deals on things from far away, read blogs by Indian authors, enjoy Manga comics, anything really – then you are a part of it as well and to look backwards is to get nostalgic for a cultural museum. I bring this up because I’ve been reading a very interesting and illuminating book on the topic. I can’t say I agree with everything the author has to say and it is certainly coming from the direction of the more right-wing Republican doctrine of less government/tariffs/trade restrictions – more free market economy than I can agree with – but it puts forth a lot of interesting information that is helpful in illuminating how we got to where we are in this economic “meltdown” today.

The book is called “The Lexus and the Olive Tree” by Thomas L. Friedman and was published in 2000. Friedman draws some very clear parallels between the fall of the Berlin Wall and the Communist structure and the rise of the internet and the global marketplace. In a post-WWII/Cold War world, markets were closed off to one another, communication was limited, and countries were able to put safe curtains around themselves. You never knew what was going on in another country, other than what your government told you and, as far as they were concerned, you were better off because of that. With the fall of the Berlin Wall and the opening up of communication lines between nations, investors and individuals, people began to realize that they could expand their trade and, subsequently, improve their lives. We might want to say – oh the Amazon tribe or the African Bushman is better off without the TV or the cell phone or the computer but that is only because we have some kind of retrospective thinking and, while we are immersed in it one way or the other, the more technologically advanced cultures want to keep these “cultural museums”. As he says:

“With all due respect to revolutionary theorists, the “wretched of the earth” want to go to Disney World – not to the barricades. They want the magic Kingdom, not Les Miserables.”

Truth be told, whether we’ve seen the ugly face of consumeristic capitalism or not, of Mickey Mouse and Coca-Cola, we all saw it once for the first time and really really wanted to go there. Tell the shoeless hut-dweller in some remote region of the world that they are better off without your Chacos, ipod, Levi’s and Oakley’s and suddenly you’re going to look a whole lot like those “oppressors” that you rail against.

There are, of course, up sides and down sides to this emergence of a global market place. A down side: an oil company, because of loose trade restrictions, goes in and destroys some remote village, dumping toxic chemicals while veritably looting their raw materials. The good side: while this probably happened before the internet and cell phones – today we hear about it. Now there are bloggers and watchdogs and petitions that circulate within a matter of days and we can, with some effort, hold big business more accountable than ever before.

So this book goes on to talk about these sorts of things and just what happened when the mid-80’s brought about this complete planetary perspective shift. We who grew up then might not have realized it at the time, immersed in Transformers and MTV as we were, but the rest of the world was also looking at that MTV saying – I want a piece of that. So regulations got stripped, little by little, to give investors some elbow room so they could really move their money around and “get a piece of that”.

There was a Harvard economist on Jon Stewart the other night who talked about how we got into this global mess that we are in today. She likened it to slowly pulling the threads out of the regulatory system one by one. The checks and balances, the regulations and oversight, to the point where everyone was trading willy-nilly in this new free market economy that, free of ALL regulations was bound to crash. Basically, governments pulled the rug out from underneath capitalism and didn’t replace it with anything. So it fell. Now, I could rant for a while about how the unchecked growth that is the backbone of capitalism is, in a world with finite resources, doomed to fail, but that is another story.

Friedman goes on to discuss the trading of assets across borders and there is a bit of exuberant propheticness, as he goes on excitedly about how we can now trade anything including home loans:

“Lesley Goldwasser… explained how it works: ‘ Suppose you are a home mortgage company and you have a hundred home mortgages out in the local market at an outlay of a hundred million dollars bringing in a return of 1 million dollars a month in interest and principal payments. That mortgage company can issue them as bonds that you and I can buy for a thousand dollars each. The advantage to the mortgage company is that it can get its hundred million dollars back right away without having to wait for all these people to pay off their mortgages over thirty years. The advantage for the bondholders is that they are paid off by the cash flow from the interest and principal payments that come in each month… what’s more, the bonds will be backed up by actual homes and since there are usually several hundred in each bundle, even if a few default the odds are that most of the others will pay off their loans accordingly.'”

Sounds like a beautiful plan if you want to gamble with people’s homes! But people are inherently greedy and with regulations out the door, credit available like a disease and each guy just wanting to pass off his mortgages, bonds, or what have you to the next investor, this system began to tumble. Many people did default on their loans since, with credit so available it was easy enough to jack the price of the home up fair bit beyond its market value. Next thing you know – bigger companies had invested in this system and it was the driving force behind their business. As people defaulted, so did the money dry up, and so did businesses begin to fail. A big downside to the global market is that cheap labor elsewhere means no jobs here. No jobs means little income and little income means that, in the end, you can’t pay your mortgage an you won’t be paying off that new flat screen HDTV, the new Hummer or the credit card debts.

Globalization and the internet has created a sort of wild beast that we are only now beginning to gauge the scope of. There are plenty of good points – for myself, I can share my artwork with someone in Azerbaijan or Outer Mongolia – but the downside is that, for people who let money rule their lives, the quick and easy trading, the seemingly instantaneous results, and the lack of government oversight, has allowed them to lead the global economy into a pit that seems to be quite difficult to climb out of.