Having and Having Not: Homelessness in Los Angeles 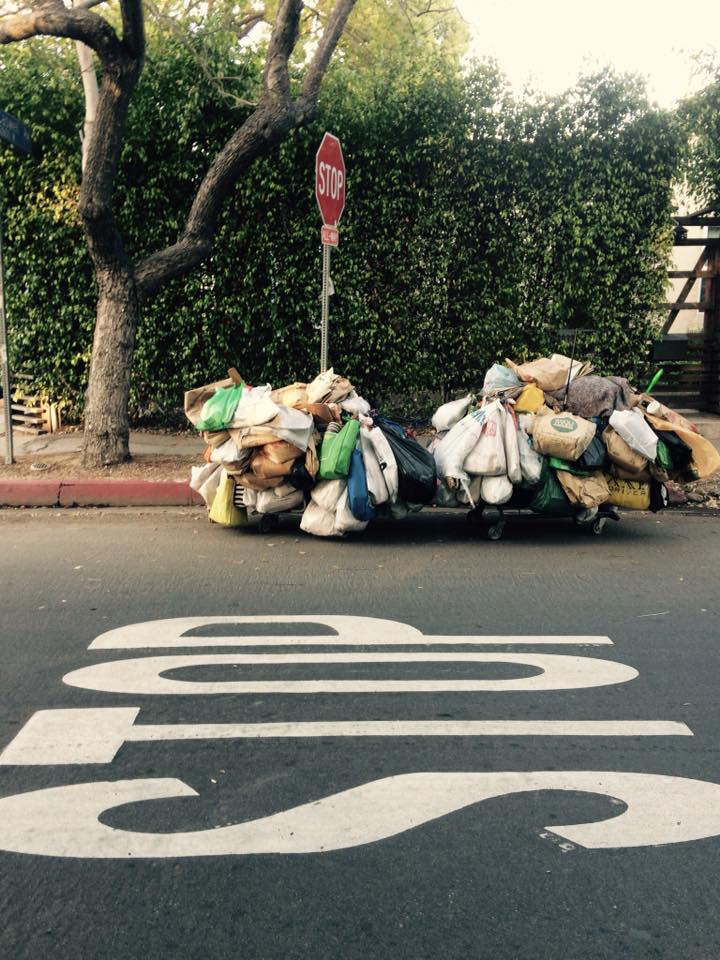 A new law passed by the LA city council prohibits homeless people from owning more belongings than can fit in a 60-gallon trashcan with the lid on, and allows police to summarily confiscate any tents that are still standing on public property during daylight hours.

The law is a response to Los Angeles’s epidemic of homelessness — a rise in homelessness that’s clocked in at 20% of two years.

Of course, homelessness isn’t like smoking, a lifestyle choice that can be disincentivized given enough government arm-twisting. Homelessness is a human rights crisis, brought on, in part, by Bill Clinton’s cruel and vile “welfare reforms” (which were passed by adding “compromises” that allowed state governments to be even crueller, an arrangement that came home to roost when the Tea Party started electing governors who ran on a platform that demonized poor people, and subsequently began to literally starve the poorest people in their states).

From the files of ‘how human beings treat other human beings’. It is easy to see simply the haves and have-nots and believe that the have-nots want to take what you have. Those who believe that the walled garden they live in must not be trampled upon by those who have-not believe also that the only way to protect those walled gardens is to build bigger walls and enact more laws outlawing having-not.

When we look around, it is easy to believe ourselves to be these cultured, well-informed creatures who have ‘civilized’ ourselves to some high degree of class and sophistication. We can look at back-jungle native cultures and say ‘well, those savages didn’t build computers or develop bullet trains or make 3-D IMAX movies!’ or whatever and yet: we can look to those same cultures and see a lack of, well, lack – of homelessness and destitution. There is only destitution when our western world encroaches upon them and takes away their livelihoods, demolishing their world-views. We can look at other cultures and see communities that are supportive one another and would never think of there being holes through which one would fall and, if there are holes, there are safety nets to catch them.

This isn’t colonial nostalgia. This is the understanding that our tunnel vision of “what the world is” is but one perspective amongst many. That perspective has its flaws as much as it has its shining points of brilliance. There are so many other ways of being, other ways of thinking. And when the one way of being simply barrels over others without any compassion then I really think that we are doing it wrong. When the heart closes and we say ‘nope, they can suck it. I earned it on my own and they can too’ then we separate ourselves from a vast interweaving of the world, living selfish little lives. As we contract into ourselves it causes cracks and holes in the fabric between each other, like dried skin, like a parched desert.

Our society is riddled with these holes and cracks and the more one contracts, the more one is led to believe that one is separate from those that fall through those holes if they don’t have the means, by whatever ill-fortune, to support themselves. This is the story we tell ourselves over and over and over again. it is repeated on the news, in the movies, in books. You might have worked hard to get where you are but it was as much luck and privilege as anything else.

I long for a day when our ‘civic leaders’ and those that vote for them can find the compassion to do something for others – for this civil society we supposedly live in and not just do for themselves and the private investment interests they represent.