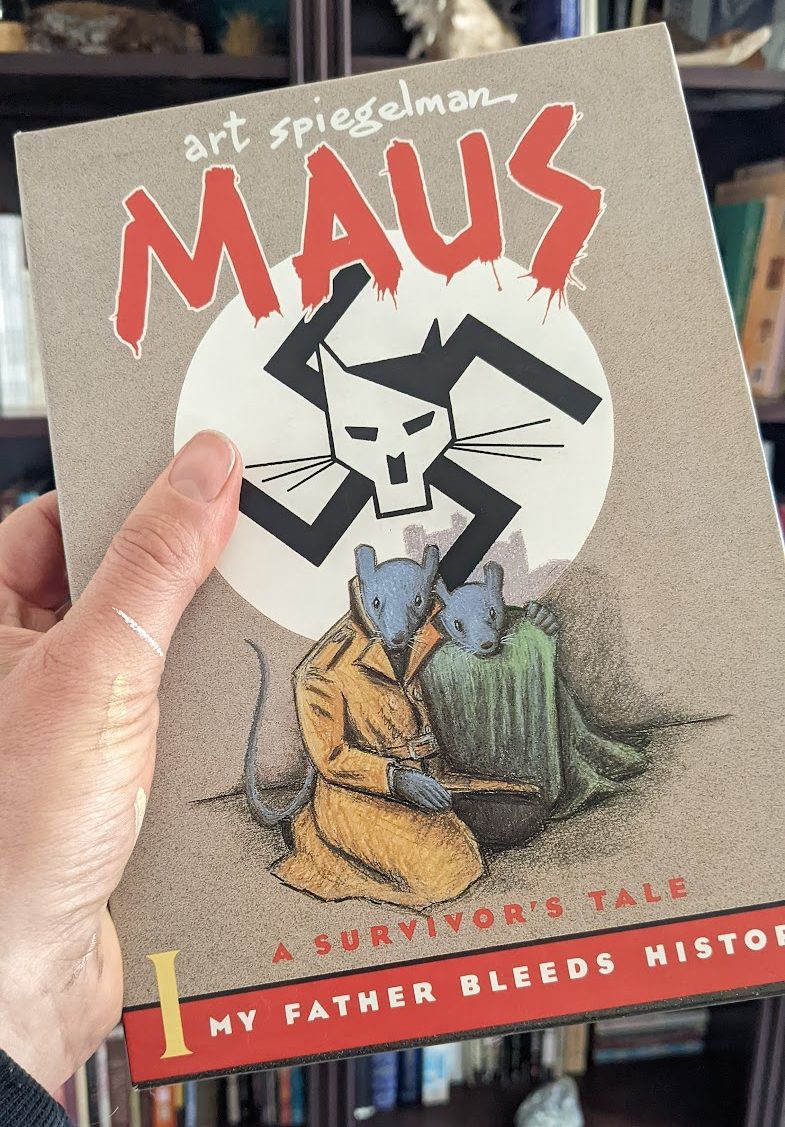 There’s been a lot of talk lately about this graphic novel, Maus. Maybe you’ve heard about it. I bought my first copy of it back in 1991 or something when it was first collected as a graphic novel.

Anyhow, at the time, it was different than other graphic novels because there wasn’t much in the way of the way of non-superhero fare (and I read plenty of those). It opened my eyes to the medium and.how stories could be told.

It’s brilliantly written and drawn but it is by no means not a happy story. There’s no Schindler who comes to save the day. It’s about the Holocaust. And the Holocaust is almost entirely stories that end in tragedy, in death.

The simplicity and starkness of the art belies an emotionally complex story. It’s a story that is worth telling and worth hearing.