Some Thoughts on ‘Gifting Circles’ 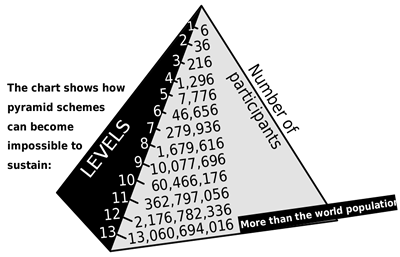 The other day a friend – a 24-yr old woman – asked me what I felt about “gifting circles” – what I knew about them and how it jived with me.

I said I felt that these gifting circles prey on an innate greed* along with an innocence and naiveté in people. They operate under the guise of ‘female empowerment’ or ‘manifesting abundance’ and the ‘law of attraction’ (which is about the most materialistic spiritual belief system out there) and this ‘circle of sisterhood’ where women can share what they are going through, etc. Yet, at its core, there is this offer of an up to $40K ‘dessert’ they will receive when they reach the inner ring/top of the pyramid/head of the table, etc. Having nothing to do with sisterhood, that is the ultimate driving force leading people to join. After all, most women already have a circle of girlfriends to share with.

There’re plenty of buzz words these circles incorporate to give themselves an air of authenticity. The circles and their leaders use terminology found in all sorts of feel-good spiritualisms while shrouding their own deception. To many, it seems grand: you get a circle of women who are willing to listen to your problems and you will get a fat check when you exit. That ‘exit’ of course comes with a sense of ‘achievement’. You have to buy into it but, theoretically, you will find others to join.

In the end, however, it’s a completely unsustainable system. Perhaps the person at the top can walk away with some money but everyone else is shafted. You only have so many friends who won’t second guess your request for $5,000 to join a ‘women’s group’ where you will, in the end, also get to receive $40K.

The sadder part is the person at the top of that pyramid [scheme] often convinces others that she has ‘manifested’ some kind of ‘abundance’ and that her new clothes, etc are a sign of her newfound spiritual connection when in fact that abundance was simply acquired from the women at the secondary tier. The women in the secondary tier then are led to believe that they too can advance to that top-tier candidacy of great abundance manifestation if they get other to join and that it will, in part, reflect their own spiritual achievements.

Part of the ploy – the brainwashing – is that, when the top person leaves and the others can’t actually come up with any new members, women are guilted into thinking that they weren’t supposed to ‘expect’ anything to begin with when, in fact, that carrot is dangled in front of them the entire time. The only real reason they join is so that they will get that check.

It’s sad to see that this still goes on. It’s existed for, well, as long as there has been the concept of the pyramid. It seems that there will always be one person or group that is looking to exploit another person or group. It doesn’t matter how it’s dressed up – what sort of pretty clothes it wears or cars it drives or the colors of its skin: it’s a pyramid scheme plain and simple. Early on, it was called ‘multi-level marketing’ in that one person invited others to join them, purchase things from them, etc and the invitees were asked to invite others. But even this, while involving a lot of hustling on the member’s part still around a tangible product.

Rather than actual products, the women’s ‘gifting circles’ offer spiritual achievement. It’s better to offer a belief system than a tangible thing because when the person doesn’t get that ‘thing’ then they can be brain-washed into thinking it’s their fault: their own lack of belief, faith, trust, etc. In any case, the people invited then go on to invite others, and so on. Of course, members are instructed to not share it with anyone – it’s quite secretive. Those who are asked to join are told how special it is to be invited. But always remember: any person who asks you to join is just eyeing you for your $5,000 check. Eventually, after some female empowerment and some abundance manifestation, you give your money and then you have to go find more people to join… and eventually YOU will be at the top of the pyramid. Or so they say. In the meantime, the person at the top has left to wherever she has convinced the others that their ‘powers of manifestation’ have allowed them to live grandly.

I think it’s noteworthy that almost every woman I know has been invited to and/or is a part of these. And almost every woman I know has turned them down. I feel blessed that I know a lot of women who are strong critical thinkers, who can see through the lies quickly. Those same women have strong support groups of friends and family who don’t require that she give them money and don’t dangle a future payout in front of their faces. The ones who are the critical thinker types either engender a defensiveness in those who have asked them to join or they get shut out of any future invitations and are eyed suspiciously. Rabble rousers! Trouble makers! Boat rockers!

Most importantly, these women who are less likely to be drawn into the gifting circles are all on paths they feel confident in. They are entrepreneurs, students, teachers, professionals. They’ve found something that makes them feel good about the work they do and adds to the quality of their lives and the world at large and don’t have a sense of lack around that. I think it’s a bit of a commentary on the nature of our social structures in general that people don’t feel so good about working for someone else. They don’t want to take pride in that work. They feel it squashes their desire for self-direction and gets in the way of the lifestyle they would prefer to lead. The gifting circles are sort of a parasitical reaction to that lack. Rather than go to school or take the time to get really good at something, there is a preference instead to find ways to siphon money from others while coating it in a coat of sweet sisterhood sharing.

Look, it’s ok. We’ve all been scammed at one point or another. Consider it a lesson in ego. In desire. In understanding greed. And, most importantly, giving a bit more time to that voice that questions, that doubts, that seeks to understand more. If someone ever tries to silence that – then you should question all the more.

I think that, an important thing to maintain in this world of so many ideas for sale all the time is a sort of philosophical skepticism. Question things! If people chide you for questioning, then it’s likely that you are challenging them because they haven’t done much questioning themselves. So question, consider, and dissect – especially someone is asking you for money! Learn, understand, know. Make informed decisions. You will be all the happier for it.

Recently a woman in Guilford, Connecticut was convicted of running just such a gifting circle. Why was she convicted? Because it is fraud, plain and simple and if you do the math, you will see how incredibly unsustainable its structure is.

*Yes, I think that, in humans, there is an innate sense of greed. I think that all of the ‘seven deadly sins’ are parts of the human body/condition. Our choice is whether we feed them or not. But they are always there –  sloth, lust, greed, avarice, etc – waiting to be fed.

Many thanks to the women who offered their insights for this. Especially to M and to [Anonymous]. They offered those insights because they care.