The Train, The Mummy, and The Mountains

Category: On Traveling, On Nature 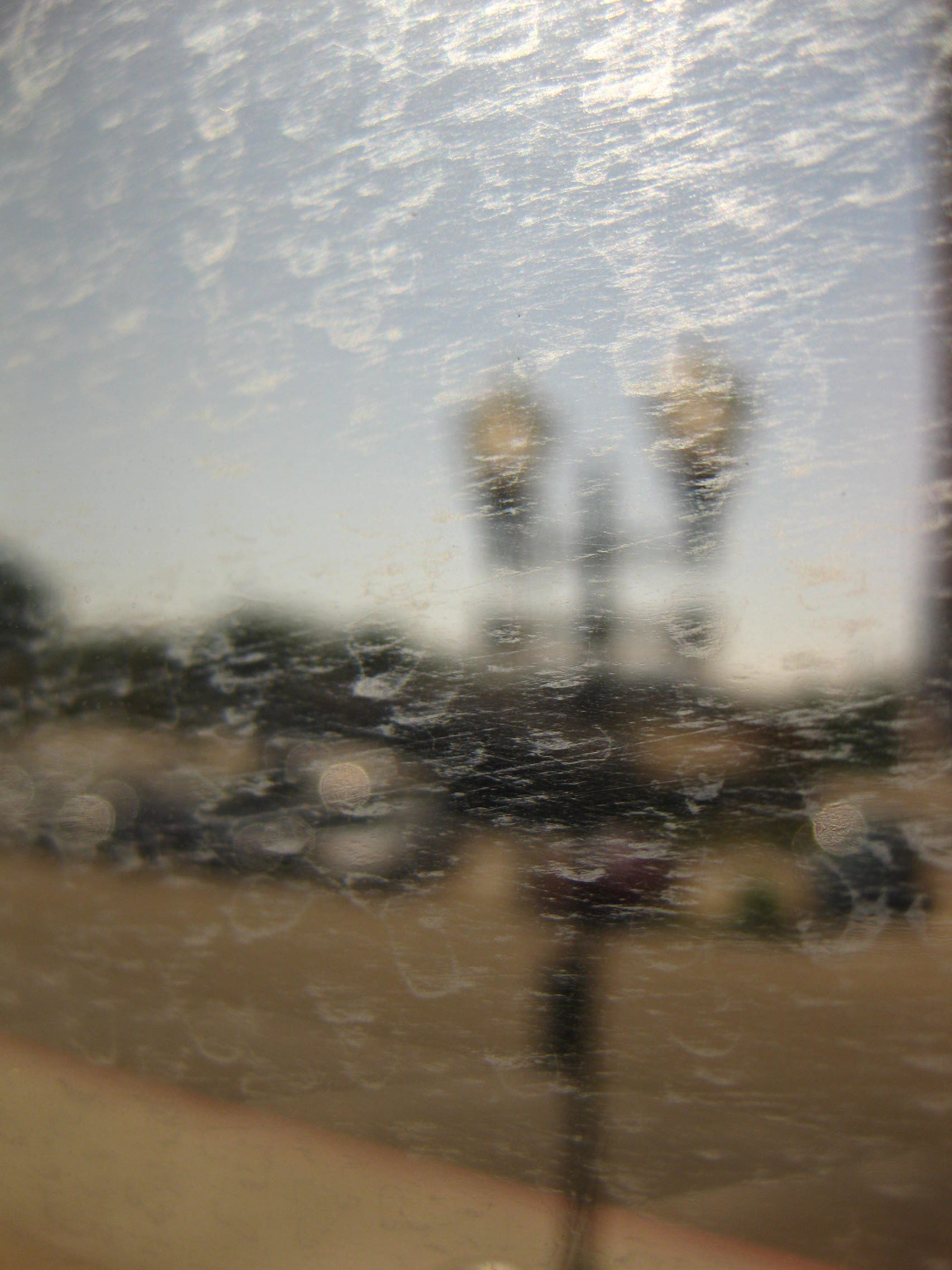 Riding along the Amtrak on my way back to San Diego passing mountains and fields in afternoon golden sunlight. Rocky red mountains tinged with green, laden with it, draped over them. At the same time, Hard to tell if i am going south or north- the sun is to my back but the land passes me from left to right. This makes no sense to me.

Egyptian pyramids and kitchy lines of “The Mummy” play out on the screen of my laptop while my mind drifts to thoughts of the Casa Barranca Tasting Room in Ojai and the work I’ll be painting a bit of detail work along the archways, stained glass looking motifs like tiffany windows or frank lloyd wright squares and rectangles or C. R. Mackintosh floralisms.

Nothing like the romance of the train to set the mind to drifing. This car with the windows that spread out overhead and allow me to get long panoramic views of these gold tinged hills.

I am hungry, and there isn’t a thing to eat except for pre-made, pre-prepared pre-packaged junk.

“Why did you kiss me” says the dame on the screen.
“Well I was about to be hanged, seemed like a good idea at the time.” Says the Brendan Fraser with long hair.

Passing oil fields and electrical lines. Power to power our world. Where is the truly sustainable resource we desire? Is desire a sustainable resource? It’s always there, ready to be tapped into. Which is a funny thing- it drives us onwards and we keep looking, uncovering and researching- to search and re-search.

Two little old ladies to my left, with their white white hair. Talking and talking non-stop. White shirts match their hair, accompanied by jackets a shade of blue it seem I only seeelderly folks wear. My Grandfather was a case in point. He had a jacket the same color – this light sky blue. The little old ladies point and gesticulate, occasionally holding hand to face in a look of being aghast at the cost or the nerve or who would have believed that one.

I love these hills with their sloping rolls that let the sun drape over them in long sinuous lines, tufted by an oak or madrone here and there. Occasionally parallel lines of orange trees create a patterned blanket in the distance.

We stop for a moment to allow a north bound train to pass and then on our way to Simi Valley, a place I will most likely never live, something that is fine by me.

I love this sunlight, this early evening golden wash over our faces, through the windows. In fact, this may be my most favorite time of the day. This, this right now, was worth the two-hour delay.

I had the option of staying in Oxnard for another hour til the later train came, at which time, I’d be boarding the same train that I’m going to get on in LA. But if I’d taken that one, I wouldn’t get a chance to spend at least a little bit of time in that fine train station that is Los Angeles’ Union Station – that gorgeous blend of post and beam Arts and Crafts style with Spanish Colonial stucco, red brick and painted tiles. Compared to the utilitarian feel of the Oxnard station, where it seems time stands still while we sit in uncomfortable park bench style seating, Union Station feels like a cathedral.

Movies like “The Mummy” – I have such a soft spot in my heart for them… some romance, some action, some magic, some cheese, some corn, some retro vision… some fun… Horses and swords and guns and archaeology. There is nothing like archaeology to spark the minds of children (me, too, my inner child speaks up). I always loved the archaeologists. Discovering lost treasure… lost civilizations and then, greater than the lost treasures are the secrets and lost magic of those places – the ark, the underground cities, the holy grail, mummies and archways and cities buried in the sand…

The Egyptian Book of the Dead! This is treasure. “It’s just a book…” And as she opens it, the tell-tale whisperingly squealing wind blows by… And that mummy that was dead down below is now alive… NO! They scream… YES! Perfect. I would have read this in a comic book when I was young. It s like a Tin-tin comic mixed with Indiana Jones and a dash of spook. And revolvers. Revolvers are so much more fun than automatics or semi-automatics. Although these six-shooters seem more like… eight-shooters? Twelve? Of course, it never hurts that the heroes always, and quite by accident, make off with some loot.

Back to the landscape… mounds of rocks with trees growing in their crevices and cracks.

Back to the movie…

“We are part of an ancient and secret society…”
Yes!

The gold is always discovered but, usually, it ends up buried in a mound of sand or something and the adventurer is left with the adventure. That’s all drifters such as that really want anyhow. What use does an adventurer have with treasures or gold? A kiss from a beautiful woman, a chance to shoot the gun a bit, a few unruly zombies to talk to, shoot at… Not to mention the usual bondage suggestions- the beautiful girl tied to the table, a bit of cleavage showing, her breathless mouth wide open… Nothing like being an adventurer…