The Tyranny of the Real 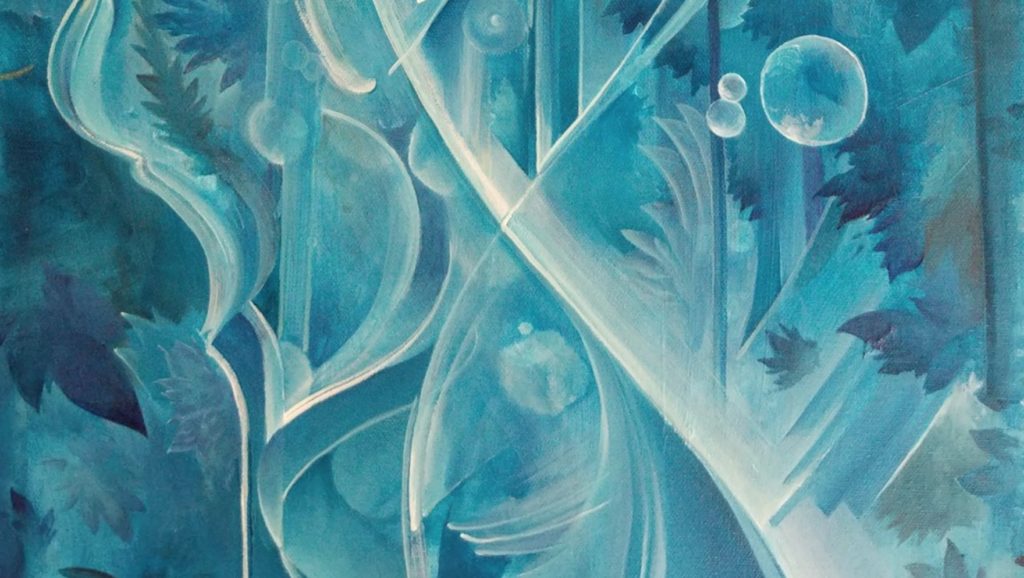 When, as an artist, you choose to include ‘the real’ in your work – and I mean actual real objects or even just corners and elements thereof – you know, things like faces or noses or hands or leaves or cornices – you’ve stepped into the territory of ‘having something to say’ because now we are creating relationships. No object exists within a vacuum. All things have some meaning.

And don’t try to throw out meaning. The Surrealists already did that. They threw out meaning in an effort to foster the random associative quality of the subconscious mind. Cool. Cool. We’d never done that before – as a culture. But now we have broader understandings of scopes of our creative selves. We’re playing with more than just the subconscious. We’re exploring the subconscious, the id, and the superego all together.

So this artwork builds upon a sort of internal image library where it merges with emotions, feelings, and whole landscapes of worlds to conjure up a mood, a theme, an idea. When placed within the realms of the abstractions and emotive tangents that arise along the way, those forms end up being points of departure for the narrative of the piece. And it WILL have a narrative and be ascribed meaning because our minds are meaning making machines. We strive, consciously or not, to find patterns and definitions, to seek out edges and relationships.

The truth is: I could paint pretty patterns all day long – wild abstractions that look pretty awesome and go Ka-Pow. But, years ago, I decided that there was something to be said and I wanted to take the time to say it. So there’s always been intimations of forms within the painting – these points of departure and relationships between them for the viewer to discover.

When I dive into that territory – straddling the real and the unreal – I have to be sure all the pieces play together in just exactly the right way. This isn’t art that is evocative of a whole paragraph of explanations as to why it should have value. It is instead evocative of a mood or a moment. And moments are priceless.

Rather than give you a paragraph to explain the work afterwards, I wade through the paragraphs before I even begin and again while I work so that I can, in the end, give you that priceless moment. With every piece, I explore the why of it, the how of it, the WHAT of it while I work. All of the answers to those inquiries make a difference with the final artwork I create.

This is the tyranny of the real. I’ve chosen to exist within a certain framework. It is one thing to paint the real on its own and solely that. And it’s another to simply throwing up shapes and colors willy nilly with some pretty harmonies along the way. But merging those two, we enter a world of rules and meaning and, if I am to have a voice within that – if I am still to be heard with some semblance of meaning and – quite importantly – if I want that voice to be heard and understood by others – then I have to articulate it in a way that strikes just the perfect pitch, just the right chord at just the right moment with every moment – large and small – throughout the piece.

The truth is: the bulk of the world is happy with just pretty pictures. The bread and butter of most galleries is pretty pictures. They can be blasé landscape – o but look at the way the artist captured the light in the clouds. How LOVELY. And truly, it is lovely, but it doesn’t do more than that. Or maybe they are rehashed ready mades of modernist meaninglessness that POPS but has no real gravitas. Or maybe they are tangential psychedelic abstractions and we might marvel at the way the artist got that angle juxtaposed to that blobular blobby blob but there’s no more than that. There’s rarely more than that.

So I live in – and my work lives in – that fine point in between sensations of objects and meaning within shapes that weave narratives flowing in holographic storylines. These forms are intended to evoke a moment of understanding, a vision of the world as I see and experience it. It is a delicate balance that asks – before I even start: what is it, actually, that I’m trying to say? What is it, actually, that I WANT to paint? And why. Because if I can’t answer those questions – if I can’t find the inner urge to make the thing and, once making it, find the reason for its being – its relationship to (first) me, the artist, then (second) you – the world, then I’m just back to making pretty pictures.

So I’ll just create a bubble or two or ten thousand but still they’ll just be thumbnail of the all of it. Then I’ll be on my way. If one or another can improve your world, then that part of my task has been well done.

And, if one or another inspires you to rebel against the tyranny of your own real, then, I think, we’ve truly done something great.