Category: On Art, On Traveling 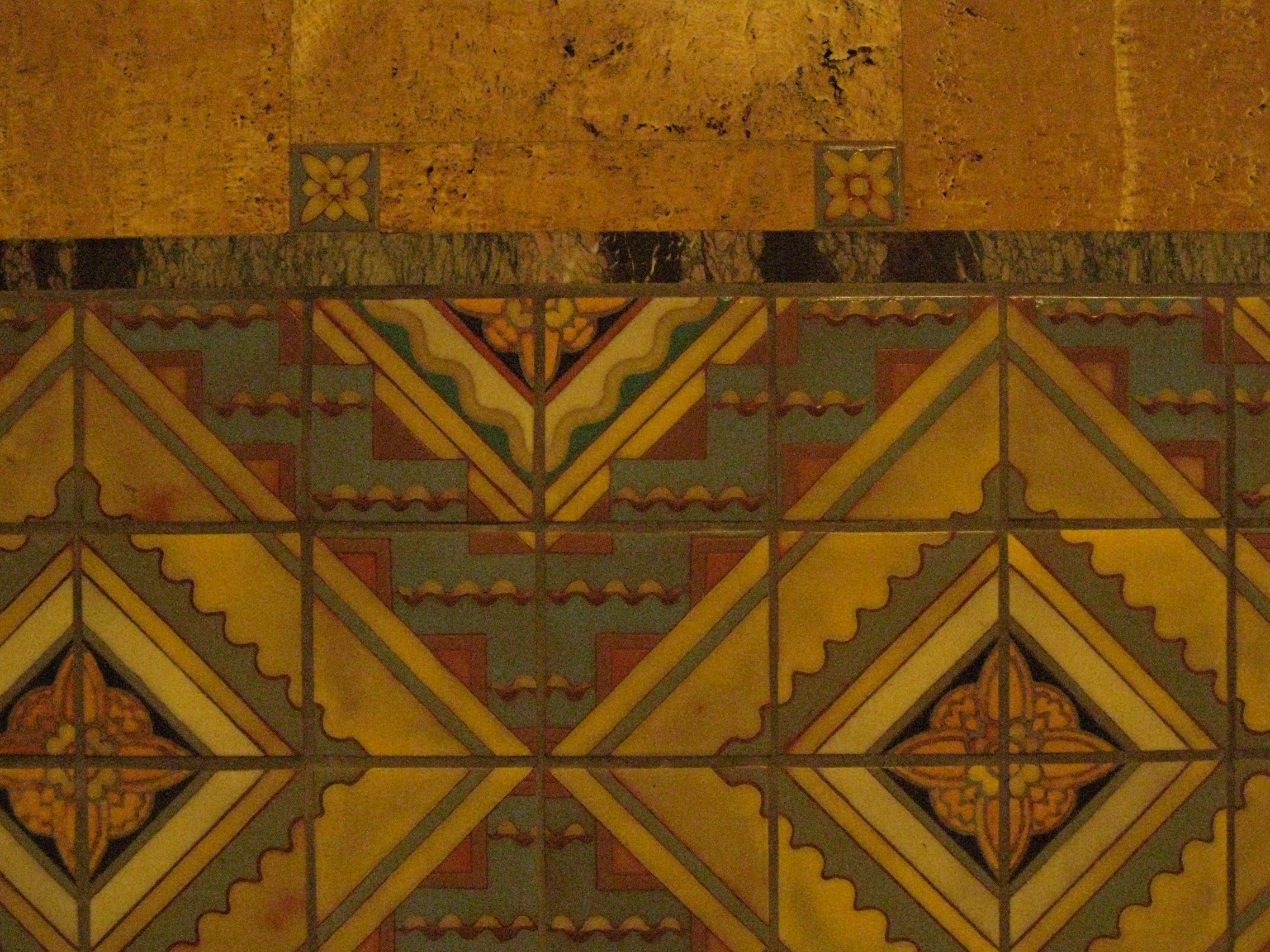 I love Union Station in Los Angeles and admire the architecture every time I’m here. At the same time, I need to charge my laptop so I plug it into the baseboard along the floor and sit down against the wall, ready to watch the rest of the Mummy. After like two minutes these two young rent-a-cops (20 years old?) carrying badges and walkie talkies come walking up to me and ask me to please sit in a seat and unplug my computer.

Why should I sit in a seat? I ask.
Why should I unplug my computer?
It’s against Amtrak Policy.
This is a public building I say. Amtrak doesn’t own it.
Well, those are the rules.
Please sit in a seat and unplug your computer.
I’m a commuter, I say, I need to charge the battery so I can work (and watch movies!). Can I speak to your supervisor? I ask. (Always ask to speak to a supervisor, no matter what- on the phone, in whatever situation: every underling is always supposed to refer you to their supervisor).

What’s your name? he asks.
Michael, I say, and he proceeds to call someone over.

They go off, continuing to ask people for their tickets and checking and making sure they are sitting in seats (and not, say, leaning against the wall which is a considerably dangerous thing to do, or sitting in a seat, without a ticket, admiring the architecture which is exactly what a terrorist would like to make you think he’s doing… admiring the architecture and thinking about blowing it up! Mwahahahahah!!!! And he would have gotten away with it too if it hadn’t been for those meddling rent-a-cops)

So, in order, to at least create too much of a scene and buy some time in case the supervisor should be a dick, I put my laptop into my bag, leaving it plugged into the wall. I put my headphones in my bag too so there aren’t cords all over the place and I don’t look like some punk with big stereo headphones. The batteries gotta charge anyways; I’ve still got two hours left on the train and I hate working with a lagging battery. I lean against the wall and go back to admiring the patterns in the ceiling beams. Ever notice that they look like Navaho rugs? The architect used the pattern in the ventilation system, it seems, to mimic the frayed ends of a rug, with the nicely centered red and green toned squares and diamonds in the middle. It forms a lovely pattern that suggests deep southwest roots without looking too… New Mexican.

After a few minutes, the supervisor, an older, shorter, rounder dude, with the same rent-a-cop security badge, comes up to me, sorta annoyed.

But not once did he actually make me move.

The point is: the little guy, no matter what, actually, in the end, feels like a little guy and knows he doesn’t have much clout. Now, if he were an actual cop, I still woulda said everything i did, but with perhaps different results. (“Skkrch- we’ve got a trouble maker here, over”) Instead, I’m in a public building with rules made by a private company about how I can use the electricity that I am paying for and you are telling me to unplug my laptop? I think not, my good man.

The irony of it is that when I sit down in my seat in the train, there is a 120 volt plug sitting there for me to plug in my computer. Convenient, sure but the last car I was sitting in didn’t have an outlet. Another irony is this: in the station they were checking tickets of people to make sure there were no loiterers (?) yet, once on the train, there is an announcement of: we will be departing just a few minutes, if you are saying good bye you will have to depart the train at this time. Do these people have special “saying good bye” passes to allow themselves a seat in the station?

It is an interesting world we live in with Rule-Makers, Rule-Followers, Rule-Breakers and Those-For-Whom-The-Rules-Do-Not-Apply. I find myself to be fortunate to be in the latter category. That is the category for those who know how to govern themselves. It is unfortunate that, for the most part, many humans don’t know what self-control is as well as self-realization – the two things go hand in hand. When we realize Self, we learn how to control it with compassion and wisdom. Instead, those who don’t understand it devise very complex systems to govern themselves and everyone else and these systems are based on mistrust, envy, and, most of all, ego. Due to the lack of training in the area of self knowledge – nothing really in our system teaches us how to truly govern ourselves – such people know they would go nuts otherwise. All the Republicans and the Catholics. It is a vast system of gates and locks holding in their demons with chains hewn out of their own fears and misunderstandings. Most of them have never confronted those demons, never stared them down, reconciled with them, dissolved them, and so they stay locked away, living in fear. Thus, there is projected an outward need for order – an order based on arbitrary rules that help the inwards world to maintain a sense of balance. However, if people truly knew how to live in harmony with each other, take responsibility for their actions and treat each other as they would like to be treated (how hard that seems to be!) then they wouldn’t need rules, governments, etc.

Then you could plug your laptop into an available outlet, take pictures of a famous park statue, or just stand along side a building without worrying about getting harassed all the while maybe musing about nothing more than the conjunction of colors on the pavement, the sky and a tuft of grass growing through the crack in the sidewalk.