Why I Vote (And Why You Should Too) 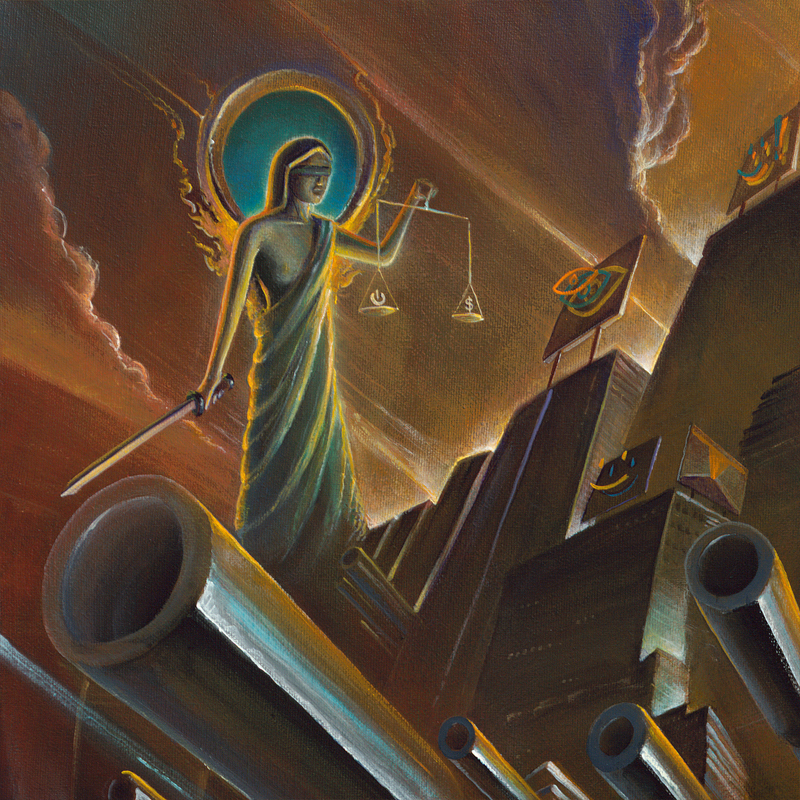 The same old story: “Why vote? Voting doesn’t make a difference. Politics isn’t real. It’s all smoke and mirrors. An illusion to keep you distracted.” It’s a common story – in one form or another – told by a disproportionately large section of people my age and younger. I’m 38. So that’s a lot of people!

Getting people to believe that ‘politics isn’t real’ is a great way to con a populace into apathy and inaction. Each group, each subsection of the population, seems to have it’s own methods of doing so. It saddens me to watch people slip into sleep like that. Buddhism and Hinduism can use ‘karma’ – we are where we are and our lot in life is just our karma playing out, from the local to the national to the global level. It pacifies people. It keeps them from affecting changes. Christianity offers the carrot of eternal reward in Heaven and that God will judge, not man, so let things go. We all are guilty.

The New Age community offers this: “If you sit and think hard enough you will manifest a reality in which YOU have everything you need. Other people’s problems are simply them not thinking hard enough and manifesting what they need.”

Marx was right: “Religion is the sigh of the oppressed creature, the heart of a heartless world, and the soul of soulless conditions. It is the opium of the people”. Man creates religion, he said, not the other way around. We create religion to justify our actions. To give us a framework with which to move through the world. If we choose to ignore the political currents of the planet or if we choose to feel powerless in the face of such currents, we can create a religious worldview which supports – even empowers – that sense of powerlessness.

But that doesn’t make it go away. Ignoring a thing doesn’t make it disappear. People are real. As are politics. Desires, needs, goals, greed, and generosity. They exist in as much as everything else exists. We move through the world together.

Walking through the world maintaining an ignorance of any and all things that ‘bring you down’ only serves to further disenfranchise, to further the system as it is. The only way through is to engage. We are all humans having our collective human experience. While our mindsets might be different, the desire to live healthy and happy lives is something we all share.

Things get better. Some get worse. It’s a constant evolution of how we live together on the planet.

We are individual bodies but also a collective body – on local, state, national, and global levels. Like a body, we are always fighting off virus, bacteria, parasites. We have to be ever vigilant and can’t just roll over. There is no cell in my body that says “Fuck it, I’m just gonna sit here LA TI DA TI DA!” They all work together – all of the time. The same with people. We are all in it together, all of the time.

iI, say, one of our limbs is diseased, focusing only on our healthy hand – look how pretty and shiny it is! – doesn’t make the disease go away. In fact, we are more likely to lose the diseased limb. And we are weaker for it. The only way to heal is to engage with the process.

It is our duty to one another to engage this process of creating a healthy and happy environment for the entirety of our bodies – our local body and our broad global collective body. On the local level, we can vote for people who enact laws and ordinances that lead to situations like this:

A Florida City Just Arrested This 90-Year-Old for the Crime of Feeding the Homeless
http://mic.com/articles/103382/this-city-arrested-a-90-year-old-good-samaritan-for-feeding-the-homeless

or we can vote for people who can enact things like this:

This is now. This is what is happening. This is change in one direction or another. We aren’t just one ship with one rudder. We are many ships with many rudders and they change course one at a time. Eventually, when one ship sees that the direction another ship is heading in leads to greater prosperity, it will follow suit, or it will suffer. Such is life. But that doesn’t mean we stop.

Lead and others will follow. Follow and you have no right to complain about where you’ve been led.